What if there was a "cure"? Fictional aphantasia story 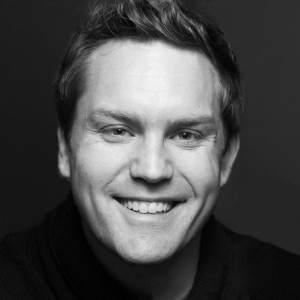 “A Case of Aphantasia” is a piece of soft science fiction about a man who’s aphantasia is cured in therapy with a fictional technology. That cure comes at a deep cost. This is the first fictional story ever written on aphantasia. To read the full story, check out the original publication on Ars Medica — a journal of medicine the arts, and humanities.

A few years ago, I began treating a thirty-five-year old man whom I will refer to as Theodore. Theodore had a rare and only recently discovered condition known as aphantasia, which left him unable to visualize images in his mind. For example, if Theodore closed his eyes to visualize a sunset, he saw only blackness. About two percent of the population have aphantasia, but many — Theodore included — saw it not as a handicap, but as a quirk of their imagination, perhaps not unlike living with color blindness.

Theodore did confess that it would be nice to picture a childhood memory in his mind’s eye, like the face of his deceased grandmother. In fact, he believed that his therapy was often hampered because he could not call to mind images from his past. Theodore suggested that it might be easier to come to terms with his parents’ divorce, for instance, if he could actually “see” the day they separated in his mind’s eye.

When we first began therapy, Theodore had experienced paranoia over the security of his job as a copywriter for a major corporation. Despite being a high-performing and seemingly affable employee,
he was anxious. A restructuring had taken place — several departments had been merged into one — and some employees had gotten the axe. Theodore feared he might be next.

I asked Theodore if he had ever been terminated from a job. Indeed, an old boss had fired him in a rather traumatizing fashion, and he claimed the event still haunted him to this day. He still feared that authority figures in the workplace didn’t have his best interests in mind and he would often interpret directives and constructive feedback as hostile. Such misinterpretations, as I saw them, would often lead to defensive reactions, usually outbursts of anger, which often damaged his work relationships.

Intending to learn more about aphantasia, I threw myself into the scientific literature to learn more about this newly-discovered condition. At the world’s first conference on aphantasia in London, I attended a talk by Dr. Evelyn Banks, a psychiatrist from Envision Inc. She discussed a new technology called Mosaic that apparently gave aphantasics the ability to mentally visualize in a therapeutic setting. Dr. Banks was an older
woman, in her mid-sixties, and she looked every bit an intellectual with her tortoiseshell glasses and black tailored suit.

Dr. Banks explained that the brains of people with aphantasia did, in fact, produce imagery, but for some reason, they didn’t have conscious access to the images. She reminded the audience of psychiatrists that mental images were created in the occipital lobe, the brain’s visual center located at the back of the brain. In normal brains, the images were then transmitted to the prefrontal cortex at the front of the brain, which was responsible for planning, decision-making, and problem-solving. In clinical trials, Dr. Banks and her colleagues had found that transmission of this signal was being interrupted in aphantasics, somewhere between the back and front of the brain. Mosaic didn’t work by restoring this connection between the occipital lobe and the prefrontal cortex. Rather, it became the new “receiver” of the imagery, taking the place of the prefrontal cortex.

Thinking that Mosaic seemed to be the solution Theodore had been looking for, I eagerly asked if he would be open to trying the technology. We had built up a good deal of trust in our dozen or so sessions, and he consented without much objection. A few days later, I received a box from Envision. Inside, there was a USB drive containing a ten minute video that provided instructions on how to use Mosaic with patients who had aphantasia.

In my next session with Theodore, I followed Dr. Banks’ directions for using Mosaic to the letter. Adjusting my glasses to get a better look, I placed two silver strips, each about the size of a fingernail, at the top of his neck, just below the hairline. These strips, according to Dr. Banks, would detect brain waves associated with mental images and then transmit the signals through two wires to my computer for Theodore and me to view, as if we were watching television.

For our first test of Mosaic, I asked Theodore to visualize the day of his traumatic termination. He closed his eyes and tried to produce images in his mind’s eye as he narrated his experience of that day. As expected, he reported seeing only blackness and a few spots floating behind his eyelids. To my astonishment, however, I could see everything on my computer screen, witnessing the day he was fired as if it were a film. Absentmindedly stroking my graying beard, I watched Theodore grab his jacket and then anxiously descend a few flights of stairs to an office on the ground floor of the building. He exchanged tense words with a blonde, heavyset woman and was escorted from the building by a security guard.

It was with childlike anticipation that I turned the computer monitor for Theodore to watch the visualization of his memory. To my surprise, he smiled widely. Then he sighed deeply, and his eyes welled with tears. It was a breakthrough—one of many we would have over the course of Theodore’s treatment with Mosaic…

Want to know what happens next?

Dustin Grinnell holds an MFA in creative writing from Pine Manor College, an MS in physiology from Penn State, and a BA in psychobiology from Wheaton College (MA). His creative nonfiction work has appeared in a variety of media outlets, including The Los Angeles Review of Books, The Boston Globe, The Washington Post, New Scientist, Vice, Salon, Hektoen International, and Writer’s Digest, among others. Dustin is a full-time staff writer for a Boston-based hospital for whom he frequently write articles on various breakthroughs and treatments.

Can you hear that?

How to make art with aphantasia