Discovering I have aphantasia was nothing short of a revelation 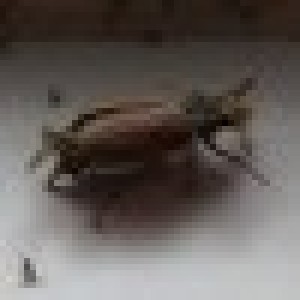 Sadly, I don’t actually remember much about what led me to discover this thing called Aphantasia. It was possibly mentioned in a podcast which then led me to do some searching on the ‘Net and read a little more.

All I do remember is that whilst my eyes scanned the words presented on the screen my brain was lighting up in recognition.

It was, probably like most people who discover this aspect of themselves, nothing short of a revelation.

It was earlier this year – I’ve just turned 46 years old.

46 years on this planet, and I’ve only just found out something so major about myself?

As the saying goes, “Every day is a school day”. It certainly is.

I learnt on that day; I even did the homework too!

When I was 14 I used to train in a martial art called Bujinkan Budo Taijutsu. I absolutely loved it. I would go three nights a week and also every other Saturday. We were an eclectic mix of people. The instructor worked as a handyman (but had spent some time in the Israeli Air Force), there was a carpenter, a bassist for a well known (in metal circles) death metal band, a Special Forces soldier, an army surplus vendor, a blind man, a student, and a handful a handful of teenagers. Lots of drill work and partnering to (literally) get to grips with wrist locks, throws and strikes. It was a very practical style of martial art with very little by way of theory and, at that time, very little literature out there for me to absorb. It did seem to take a little longer for me than for others, but the constant practice meant that I could internalize the techniques to the point that they would come naturally to me depending on the situation. I wouldn’t know what technique I would use until I actually did it, sometimes earning a stern look from my instructor because I was supposed to be demonstrating something else!

The only things I seemed to struggle with were the more esoteric parts of the classes. Our instructor, probably because of his Israeli military background, used to bring in aspects of the Feldenkrais method into our training and with them some relaxation techniques. The movements and stretches I could do, but the visual meditation was lost on me. I just couldn’t do it. In fact, I would either fall asleep or just lie there staring at the ceiling, hoping Sensei wouldn’t see me and make me do press ups for not joining in!

Learning by doing would prove to fit in all aspects of my life so far. Looking back, it’s how it would seem I do everything. It’s no good anybody telling me how to do something they either have to show me there and then or get me doing it. What’s your best method for learning?

It’s how over the years I ended up running the Dojo, launching model rockets with the United Kingdom Rocketry Association, practising archery, being a dad, working as an engineer, functioning as an analyst, and playing bass in rock bands.

I think, possibly, one of the breadcrumbs that helped lead me to discover this thing called Aphantasia and its relevance to me was whilst actually trying to do some personal development. I am now a Maintenance Manager for a global alcoholic beverage producer and have been for six years. In this time, I’ve become aware of a greater need to interact with people on a personal and emotional level. Previous careers in Engineering and Analysis had me working with tangible things and systems and didn’t require so much in terms of relationship or stakeholder management.

I’ve literally stumbled from one thing to another serendipitously. I found the Bujinkan by bumping into someone after they’d been training and asking them about what they had been doing wearing odd looking boots. I found a book on rockets in the library that got me into model rockets whilst looking for a book on engineering. I became an engineer because my Grandad told me to learn a trade in case I needed to fall back on it (sound advice). I read a book on codes and decryption and randomly applied to become an analyst – and got the job! A friend needed either a drummer or bass guitarist in a band – having not played either before, I picked up a bass and joined in and have been in bands for the last 5 years or so now.

I don’t think there is anything I’ve ever really sat down and planned with a clear vision in mind.

Interestingly, the learning by doing and what I’ve termed “muscle memory” has served me well this far. As with the martial arts days, when it comes to playing in my band I genuinely don’t know what it is I’m going to play until the drummer counts in.

There’s a key element here – lack of vision and a seeming inability to visualize things.

Which, when I read about it was the key thing with Aphantasia.

This got me thinking. Although I am, and always have been as far back as I can remember, a voracious reader I’ve become aware that I can’t visualise any of the characters from the books. That is, unless the books have been made into films or TV programs. Bilbo Baggins from the books only brings to mind Martin Freeman. Jack Ryan is Harrison Ford ( or is it now John Krazinski ? ) The same goes with places and items from literature. I can recall from memory what happens in the various books I’ve read, but I can’t “conjure up” an image of them. Then it dawned on me – I know where I got married and to whom, but I can’t, in my mind’s eye, recreate that event in my thoughts. Nor, disturbingly, can I generate a picture in my mind of my wife of 23 years. Of course I know what she looks like, but I can’t “see” her in my mind.

Okay – mind blown, I thought back about the meditation from martial arts days. It tended to be about things like imagining your body was a block of ice and the sun was coming up and melting the ice. No wonder I couldn’t do it! It was all about visualizing.

I started asking people I know a few questions: can you picture yourself lying on a beach? Pretty much everyone answered with a resounding “yes” and the majority stated that they could “hear” the waves, smell the sea or even feel sand between their toes!

When I try? – nothing. Just the inside of my eyelids.

Definitely ringing bells when it comes to Aphantasia.

This led me to try the VVIQ test. Wow…

Chatting to my good friend Jonny (incidentally one of the other teenagers from Bujinkan days) about this has spawned some good conversations. His curiosity about Aphantasia spawned a myriad of questions which I found useful to answer. Some of which are below:

Do I dream? – I rarely recall any dreams. However, I think I must dream as sometimes I can wake up with a thought in my head, or maybe a song. I don’t hear the song, I would have to hum it or something, but it’s there. I think that probably what happens is that I sleep pretty soundly and don’t wake during dream sleep. Falling asleep has never been a problem for me – almost as soon as I close my eyes. I don’t know whether this is a common Aphantasia thing, but my lack of visualizing usually means that lights out, eyes closed and sleep!

Do I feel empathy? – This is part of the reason I was looking to do some personal development. Empathy has never been a strong point of mine. Putting myself “in other people’s shoes” is not something I can do without a lot of conscious effort to try and understand. Whether this is another Aphantasic trait or not, I’m not sure? Would it be easier if I could visualize?

Can I recall films? Or is it only by plot? – Well, similar to books, I can recall plots, maybe some quotes and possibly some scenes (by detail, not imagery). For instance, in Star Wars I can recall Luke standing on a ridge next to a moisture farm looking out across a desert on a world with two suns. Even as I type this I’m not seeing it, but I’m recalling the detail of this iconic moment, i.e. the two suns, a desert, a ridge, etc. If I was any good at drawing, I could probably sketch the scene but I believe this may be through semantics as it certainly isn’t through imagery.

I carried out an experiment the other day when going to collect my son from university. His uni is 150 miles away from my house. I’ve done the route many times, but usually have the satnav assistance. I decided to try it without. Before I left, I attempted to visualize the route I would take. What became apparent was that rather than visualize it I was sequentially listing markers or waypoints. Sure enough, whilst driving I had no real sense of where I was until I came across the waypoints. I got there (and back) but genuinely sometimes didn’t really know where I was. This would certainly explain how before satnav it could take me an age to get to where I was heading!

So, besides a realization that perhaps I navigate the World differently to some, what does the revelation that I am probably aphantastic actually mean to me? Well, in all honestly, not a lot.

It has never (knowingly) impeded my progress in my career; maybe it has even helped as I am able to focus intently on a task and block out all distractions (particularly useful in my analyst days) both internal and external. Possibly, creative activities aren’t as forthcoming for me but learning strong foundations to apply when needed seems to work – it just may take me longer to get to the point of application. I’ve even been creatively writing recently and manage to do it without visualizing – I literally do not know where the story is going until I put pen to paper. I have noticed though, that my stories don’t tend to visually characterize and believe that I would need a photo of someone to develop a character in any kind of depth. I’ve always had to write and draw things as people are explaining concepts and am always continuously flummoxed by how a movie director can have in mind how they want the movie to play out.

One thing that I do find annoying is that before I knew all about this, my daughter was studying Psychology at the University of Exeter, home of what is arguably the centre of Aphantasia research with Adam Zeman and I was there regularly and potentially missed quite an opportunity to get more involved.

Memoirs of a scientist with aphantasia